January 2020 Newsletter – The Benefits of Multilingualism 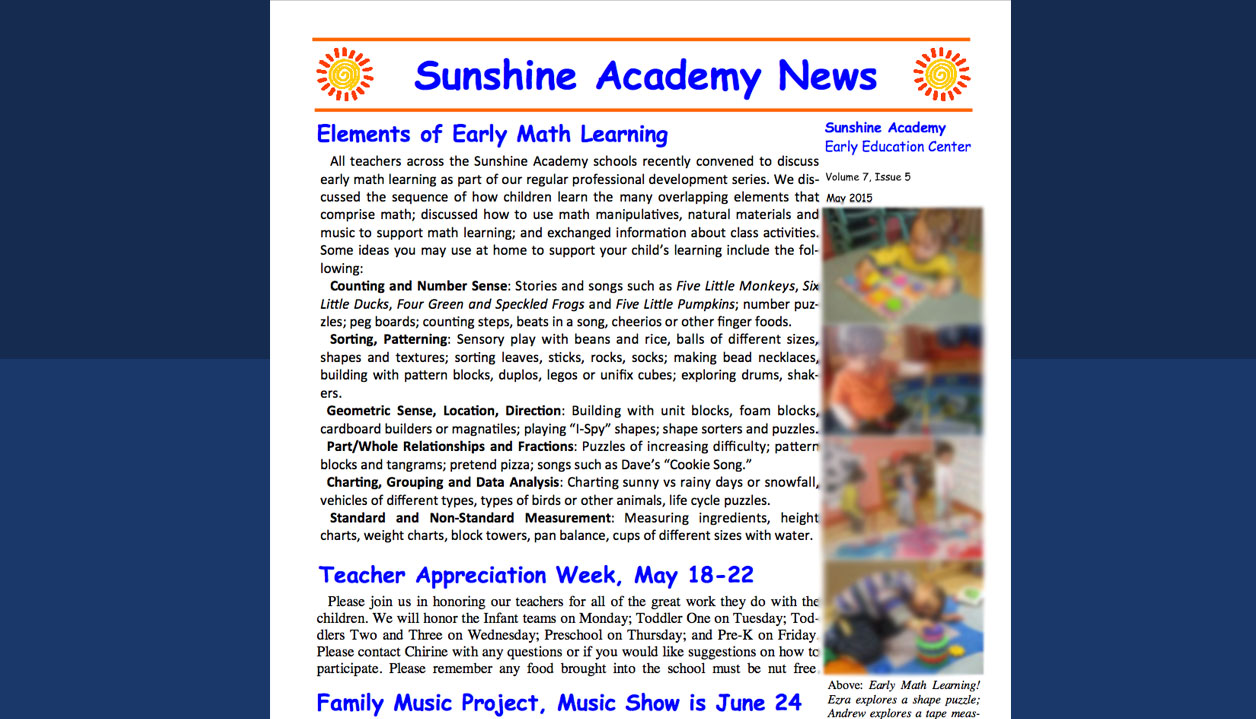 The diverse cultural origins of the families and teachers in our school benefit all of us and strengthen us as a community. Interaction with people of differing perspectives, social experiences and language abilities helps educate all of us and leads to our greater understanding of the human experience. Across our three schools are representatives from more than twenty countries speaking languages that include Chinese, Japanese, Korean, Malayalam, Telugu, Marathi, Nepali, Arabic, Hebrew, Turkish, Farsi, Russian, Ukrainian, Polish, Romanian, Armenian, Spanish, Italian, French, Creole, Dutch and English.

We emphasize the maintenance of home languages, the incorporation of home languages into our classroom curriculum, and the use of Spanish as a second language starting in the infant program (Chinese at the other Sunshine schools) because of our deep understanding and appreciation of the life-long benefits of multiple language learning. We also incorporate multiple languages into our music program through our Family Music Project and other recordings. Research shows that speakers of more than one language demonstrate greater flexibility and creativity throughout their school years in many cognitive areas including mathematics, science, visual arts, performing arts and any tasks that require switching among multiple data sets. In later life, too, speakers of multiple languages experience significantly lower incidence and slower decline in memory loss. For a brief summary of the literature, see www.sciencemagazinedigital.org/sciencemagazine/20101015?pg=56#pg56 .

Children are capable of learning multiple languages simultaneously without confusion as long as there are clear indicators of which language is used at any given time. One of our graduates learned German from her father, Japanese from her mother, Chinese in language class and English in the classroom easily and fluently over the five years she was in our program. When children learn a language prior to age five, they are also more capable of fluent pronunciation.

Our overwhelming message to families is to speak your home language to your child and encourage your child to learn other languages whenever possible. Not only will it enhance their future language abilities in all languages, including English, it will also support their learning across multiple cognitive domains throughout their lives.